THERE GOES THE JUDGE!! 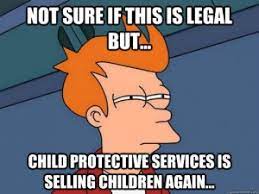 I know this is dating myself, but back in the day there was a black comedian by the name of Flip Wilson, who frankly was hysterical and coined phrases like “here comes the judge” and “the devil made me do it” ~ he has passed but I’m sure if you look, you can find some of his comedy, something that’s actually funny compared to what’s out there these days.  But I digress, so I decided to do a take on Flip’s “here comes” to there goes the judge!!

I know there are millions of us that keep hoping that these “pedophile elites” who keep escaping justice because of their “power” or who they are “beholding” to and therefore that handler is obligated to save them from justice ~ will finally face justice! 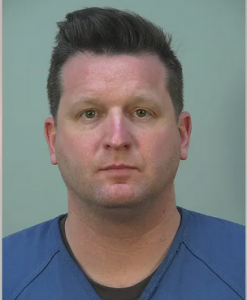 Here’s a couple of links: 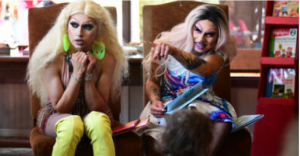 Now what’s even more disturbing as one of the articles points out is this guy also had two adopted children???  They say the kids reportedly weren’t involved in the abuse, but one can understand that “creepy” feeling you’d get, knowing he’s got kids!

Most all of us now know that CPS otherwise known as Children Protective Services (better yet call it Children Porn Services), which is really an oxymoron and is anything but that!  I know, there are good people trying to do a great job for kids, but when it’s gotten to the point that now CPS can come in at any time for anything THEY deem may be abusive to a child and they can take them from the family, then it’s no longer a service to anyone but the traffickers!  Its judges like this guy that give the OKAY to take children from their homes!

Now according articles that you can no longer find, she was found murdered in her home, died of a gunshot wound, and when they found her she was wrapped in a blanket.  There had also been rumor of being wrapped in a rug.

Details came out after Rebecca accepted a plea deal on August 6, 2020, pleading guilty to first-degree murder and abuse of a corpse.

From the article and Rebecca:

“I went to Linda’s house and I intentionally killed her and then hid the body,” O’Donnell told the judge earlier this month.

O’Donnell had admitted to forging checks in Collins’ name multiple times, according to an affidavit in support of a search warrant. Collins’ son said in a letter that O’Donnell “snapped” when the senator confronted her about it.

Snapping because you were found out about forging checks?  There is a lot of over-kill going on with this, but read the article because there is so much in it that is so wrong since Senator Collins was working on child trafficking, but I don’t want to get ahead of myself.  You can find all sorts of articles now about Rebecca wanting to now put a hit out on Senator Collin’s ex-husband the judge, but frankly I think that is all sleight of hand to take away from what Senator Collins was really doing and more than likely why she was really killed.

Spend the time to go to this article and read it – By now, most of you have probably been made aware of the tragic murder of former Arkansas Senator Linda Collins-Smith and the court order to seal all documents related to the investigation that immediately followed. The order was issued by Judge Harold Erwin, and it sure appears like authorities want information about the case hidden from the public… however, no suspects have been identified.

Lots of reports said that she was closing in on a child-trafficking ring, being run by the Arkansas government, which included the CPS and her ex-husband who is a judge in Arkansas.

LINDA COLLINS WAS ABOUT TO GO PUBLIC WITH INCRIMINATING INFORMATION ON SITTING JUDGES IN ARKANSAS, WHO WERE INVOLVED IN TAKING CHILDREN FROM POOR WOMEN VIA THE DEPARTMENT OF HUMAN SERVICES (CHILD PROTECTIVE SERVICES) IN ARKANSAS AND SELLING THEM TO WEALTHY INDIVIDUALS. THE SOURCE ALSO DISCLOSED THAT COLLINS-SMITH BELIEVED THE PERPETRATORS WERE USING ILLEGAL ALIENS TO FACILITATE THE CRIMES WHICH INCLUDED MURDERING THE MOTHERS OF THE STOLEN CHILDREN.

Of course at that time officials, meaning some judge, put a gag order on the investigation of her death.  However, two days later after Linda was killed another State Senator –from Oklahoma Sen. Jonathan Nichols was also found dead at his home in Norman, OK of a gunshot wound and according to sources say the two deaths are related.  He too was working against child trafficking!

While a conspiracy by CPS to kidnap children and sell them to traffickers may sound outlandish, the Arkansas Department of Human Services has been implicated in multiple lawsuits for stealing children from caring families.

According to Arkansas online, the suit says that the department has subjected hundreds of families to this practice for years and that it isn’t only these individual caseworkers at fault. It seeks class-action status to represent all families similarly affected by Human Services Department actions.

They have finally decided to let the public know what is going on; well that is after ABC news and the Arkansas Press sued to find out, though still nothing has happened.  Then again it is Arkansas, Clinton country where there are a lot of unsolved mysteries!!

Then we have this:

You can read the article about the deputy AG of California, a judge, a mayor and 10 police officers, also in California who were charged with what really is gang-raping a 17 YO prostitute, but this is about the DuPont heir!!!

Robert H. Richards IV, who lives on his trust fund, pleaded guilty to 4th degree rape of his 3 YO daughter!  He received no prison time, but I wonder what the hell 4th degree rape is?  You raped your child, there should be NO degrees, and rape is rape!!  Turns out he also sexually abused his son when he was 19 months old! 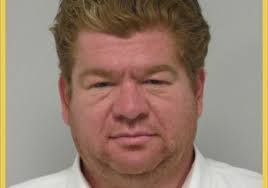 Now the really interesting part is who the AG of Delaware was at the time and who obtained a grand jury indictment to charge this pedophile was none other than Beau Biden, charging the rapist with 2nd degree rape.  Thus proving that in spite of what family you come from, you can be a good guy – too bad they didn’t get the charges to really stick, but then again money does have its privileges!  There was an article that did say a judge decided to not put him in prison since the judge believed he wouldn’t fare well there!  Yes, that is correct, even inmates have a sense that it’s NOT right to rape children, especially if they are your own. 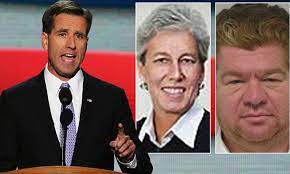 Thankfully the mother who was this pedophile’s ex-wife decided to file a lawsuit on behalf of her children in 2014, wonder what took her so long now that her children are having to deal with this trauma and I’m sure will for the rest of their lives!

Time to realize that CHILDREN are precious gifts from the Creator-not something to be used for evil things!! 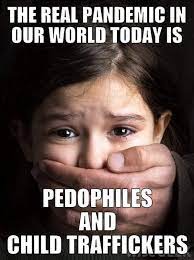 Be sober-minded and restrained and in control; be on the alert and watchful.  Your adversary and accuser Satan walks around and behaves like a roaring lion, seeking information and looking for someone to devour and destroy!  Resist and stand against him, steadfast and firm in your trust and faithfulness, because you know the same kinds of sufferings and misfortunes are being finished by your brotherhood in the world.

We’d like to welcome you to our site YAH STRUCK, where we are introducing the YAH STRUCK series of books. Though they are fictional, they are based on Child Trafficking as well as real events that have happened, though they are disguised.   But we will be blogging about real events.

Lot of weather events going on around the world that most don't see, we'll keep you updated.