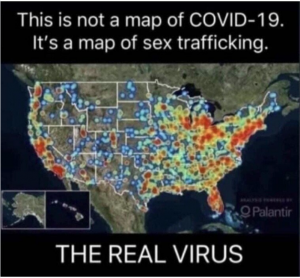 In 2015 I started saving articles in regards to child predators, otherwise known as pedophiles.  Some people these days in 2021 want us to stop using that word, as if by some “magic” that would get rid of the stigma of being a person that sexually abuses children.  They have started this campaign down in Australia by telling the news staff to NOT use that word, because it’s insensitive.  It’s a crime!!!

One of the first articles I saved came from the Daily Mail on 1/8/2015 and oddly enough you can still find it at: http://www.dailymail.co.uk/news/article-2897963/The-girls-silenced-Andrew-s-friend-sex-abuser-Fergie-leaps-defend-Duke-new-shock-court-papers.html#ixzz3OQNozgFl

This article goes on to explain the connection of Prince Andrew with Jeffrey Epstein and underage sex with children.  The Duchess of York, Fergie, immediately jumps to Andrews defense, and yet today, when the Prince’s accusers continue to speak out that he abused them, you don’t hear too much out of her, now that Epstein is dead (or so they say) and Ghislaine Maxwell has been arrested (also so they say), but it is rumored she does have Epstein’s little black book.

You can put Ghislaine’s name in a search engine and you will find that she has finally been charged for recruiting three young girls as young as 14, though we know the number is far larger, but still, maybe something will happen!  Or maybe not, since she does have the rumored black book, you can see all the “elite roaches” scurrying to try and save themselves.

This was just an intro to show that for a very long time as Fergie would tell you back in 2015 that this was ALL just a conspiracy theory.  It has always been hushed up that the elites are involved in pedophilia and with their DEEP pockets and INFLUENCE; they thought they were immune to justice.

Considering they may be right, since they also have judges, police and others who have been caught in their trap because of their own “desires” and greed who help them, however, we must realize that NOW, EVERYONE is waking up to this CRIME AGAINST HUMANITY – and together WE CAN STOP this and save OUR CHILDREN!

If the goal is to depopulate the planet, which if you’ve seen the Georgia Guide Stones, and by the way Ted Turner paid for, then you know that is true goal for them.  And don’t get me started on vaccines and Bill Gates!

Worldwide there are statistics showing that between 2015 and 2019 there were 73 million abortions PER YEAR.  That is a total of 365 million deaths of children.  The population of the US as of 2020 is 331 million people.  Makes you think doesn’t it?

In 2001 there were 325,000 children in North America at risk of becoming victims of sexual exploitation.  Today, according to love146.com, at any given moment an estimated 40.3 million people are being victimized in trafficking.  25% are children!!

TIME TO SAY NO MORE!!

But whoever causes one of these little ones who trust in me to sin by no longer believing in me and causing him to stumble, it would be better for him that a large millstone be hung on his neck and he be drowned in the depths of the sea.